The Best National Parks Near Portland
On the Road Again

Visiting a national park is a fulfilling experience that brings you into nature and helps you disconnect from the stressors of daily life. Portland is surrounded by some of the most beautiful national parks in the country — all within a few hours' drive. No matter which national parks you visit, you’ll find that each has its own character, landscape and history.

Fort Vancouver is located in Vancouver, Washington, which is just north of Portland. Established in 1824, Fort Vancouver was an important Hudson's Bay Company (HBC) fur trading post. Today, the visitor center includes archaeological exhibits from the national historic site and art exhibits from local artists. With all of the historical objects and archaeological pieces you can see during your visit, this park is definitely worth the 20-minute drive from Portland. You might also catch some wildlife roaming around, including muskrats, coyotes, bats and even some reptiles.

This park is the perfect place to take the kids and is less than a two-hour drive from Portland. One of the highlights of the park is seeing Fort Clatsop. Fort Clatsop was the Lewis and Clark Expedition's encampment during the winter of 1805-1806 in the Oregon Country near the mouth of the Columbia River. Today you can visit a replica of the Fort showing the terrible conditions they endured. It’s a great history lesson for all ages.

Visiting during the summer gives you the opportunity to experience what happened during the days of the Lewis and Clark expeditions with costumed characters and rangers roaming around telling stories of what life was like for the explorers.

Mount Rainier National Park is one of the most beautiful national parks and is less than a three-hour drive from Portland. Smack in the middle of the park is Mount Rainier, a stratovolcano surrounded by waterfalls, valleys, subalpine meadows and 91,000 acres of old-growth forest. One of the most popular things to do at Mount Rainier is visit Paradise, which is a beautiful area with several trails, lakes and waterfalls. Locals suggest something fun to do is to eat brunch at the Paradise Inn, which was built in 1916 and is a historical building.

Olympic National Park in Washington state is a great place to explore the local flora and fauna. With four distinct regions and three ecosystems, this national park has a very diverse landscape. The regions include the Pacific coastline, forest on the east side, alpine areas and temperate rainforest on the west side.

Newberry National Volcanic Monument would make a fun family road trip destination. It’s less than four hours away from Portland and the area includes waterfalls and peaks. The monument area was established in 1990 to protect the Newberry Volcano, which continues to erupt and produce lava flows. It’s safe to visit, as the volcano is constantly monitored with sensors.

A visit to this monument is well worth it since there are more than 54,000 acres of volcanic and lake areas to explore amid a breathtaking geological landscape.

Named after the John Day River, this park is about four hours away from Portland and is home to records of more than 40 million years of evolution. During your visit, you can learn about how the river has played a vital role in preserving fossils, including various plants and animals, throughout the region’s history.

Established in 1902, Crater Lake National Park is the only national park in Oregon. It consists of the caldera of Crater Lake, which was formed 7,700 years ago when Mount Mazama collapsed. Crater Lake is the deepest lake in both the United States and the Western Hemisphere and is known for having some of the clearest waters. This national park is around a four-hour drive from Portland, but it’s definitely worth your time.

North Cascades National Park is divided into its northern and southern areas by the Skagit River, which flows through the reservoirs of Ross Lake National Recreation Area. It's about a five-hour drive from Portland. It features the most rugged mountain peaks of the North Cascades Region and the most expansive glacial system in the contiguous United States and offers a memorable experience for those who hike the park’s trails.

The Redwood National and State Parks includes one national park and three state parks with old-growth temperate rainforests. In addition to conserving redwood trees, these parks also preserve other indigenous flora, fauna, rivers, streams and grassland prairies, along with 37 miles of pristine coastline. This park is about six hours from Portland but is absolutely stunning to see in person.

Mid-June to mid-September is the most popular season here, with many travelers coming to visit, so going at an off time can help enhance your experience. Arrive at the park before 9:00 am or after 4:00 pm to avoid the crowds.

A good night’s sleep can help you make the most of your time at the park. If you’re planning to be out for most of the day, bring a backpack full of essentials. Water is going to be very important: adults usually need around two cups of water per hour of hiking. Other essentials include snacks, sunscreen, a hat and layers to protect your skin from the sun, bugs and ticks.

Avail Can Get You There

Visiting national parks is a great way to spend more quality time with your family and friends and explore the natural world. When you’re planning your visit to a national park, borrow a vehicle with Avail instead of renting. You can get a car to fit your needs in Portland and other cities around the country, whether you’re driving out to national parks or staying local in the city. With Avail, you’ll be able to borrow a car with Allstate insurance coverage and 24/7 roadside assistance included. These perks will help you explore Portland and the surrounding area stress-free. 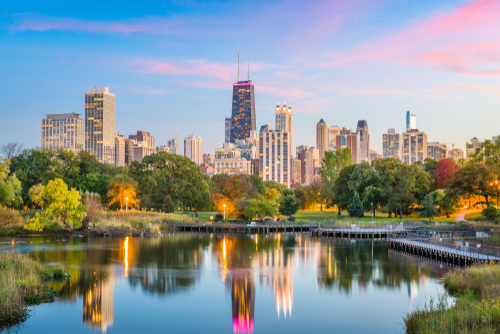 Chicago is surrounded by amazing sights and adventures a short drive away. Click here for Avail’s tips for having the most fun on a day trip from the Windy City. 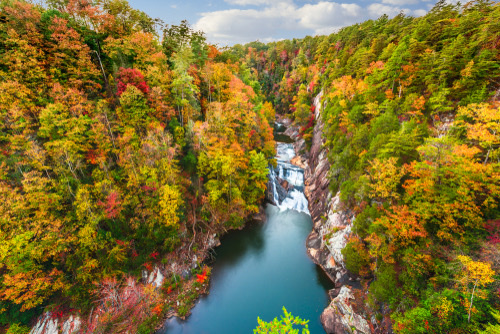 The Best State Parks in the U.S. You Should Visit This Summer

The U.S. is home to some truly amazing state parks from coast to coast. Click here for Avail’s guide to the best state parks. 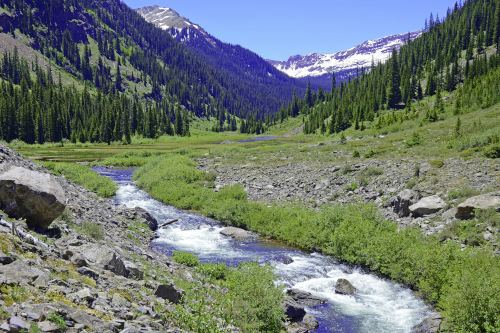 The Best Hikes & Trails Near Denver

Denver's trails are hard to beat. These picks range from historic paths near downtown to mountain hikes that will take your breath away in more ways than one.